Some patients may have difficulty metabolising the sugar in milk called lactose, leading to a variety of gastrointestinal symptoms including abdominal pain, diarrhoea, nausea, flatulence and bloating. Recognition of the underlying defect and removal of milk and milk products from the diet can lead to symptomatic cure.

Lactose is the major carbohydrate in mammalian milk. Lactose intolerance is caused by a deficiency of lactase – the enzyme required for the digestion of lactose.

In 75% of the global population, the ability to metabolise lactose in the gut decreases after breast feeding in childhood. In these individuals, the sugar lactose may be fermented by the gut flora, producing problems with abdominal discomfort, diarrhoea and ‘wind’. 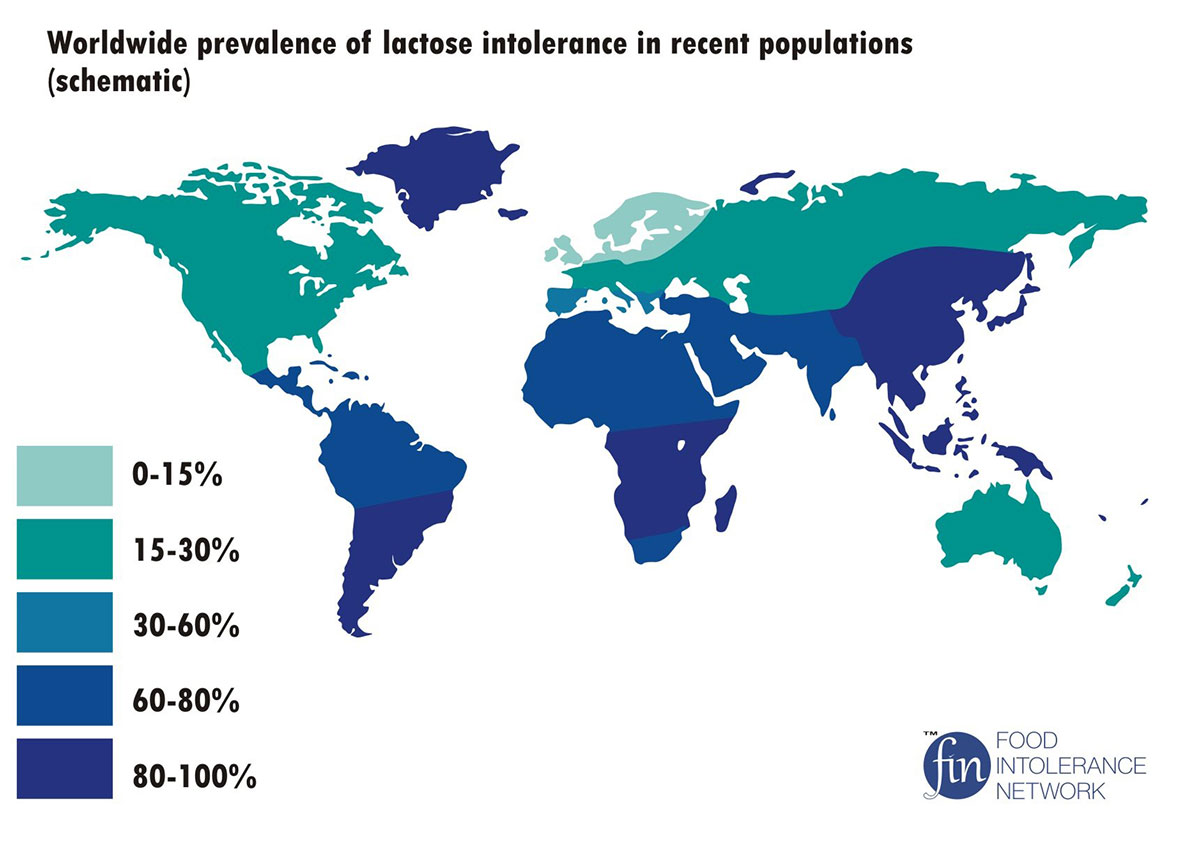 Lactose intolerance may be primary or secondary.

In primary lactose intolerance, the genetic variant that promotes the production of lactase is missing and abdominal symptoms may develop after the ingestion of milk or milk products.

Secondary lactose intolerance may arise with other disorders of the small bowel such as gastroenteritis, inflammatory bowel disease and coeliac disease. It may, for example, arise after gastroenteritis in a child where the ability to metabolise lactose is temporarily lost due to the damage to the gut and reintroducing milk into the diet too soon will lead to further diarrhoea and flatulence.

Without the genetic test, laboratory testing for lactose intolerance is difficult. It can be tested by performing a hydrogen breath test with
a lactose load or the measurement of intestinal lactase enzyme activity in a biopsy obtained during endoscopy. These tests do not distinguish between primary and secondary causes of lactose intolerance and are not suitable in young children.

The genetic test is performed on a routine blood sample. In molecular terms, the presence of one of the genetic variants in the promotor upstream of the lactase gene indicates that there is persistence lactase production and primary lactose intolerance is unlikely to be the cause of the patient’s symptoms. The commonest variant is referred to as LCT-13910C>T but the test also identifies three other variants  - LCT-13907C>G, LCT-13913T>C and LCT-13915T>G - which are included in the TDL test.

If the genetic variant is absent, the patient may have difficulties metabolising milk and milk products and have symptoms arising from this. Dietary exclusion of dairy products may be considered in this situation.

Genotyping will not identify other very rare genetic defects in lactase metabolism and therefore the test should be used in conjunction with the other clinical and laboratory findings.