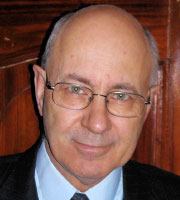 Dr Scott Pereira read Medical Sciences at Trinity College, Cambridge, followed by clinical training at Oxford Medical School, graduating in 1972.  He subsequently completed a PhD on the human lymphocyte maturation at University College London. He trained in pathology at the MRC Clinical Research Centre at Northwick Park Hospital, and was Research Lecturer with the Westminster Hospital Bone Marrow Transplant Team.

In 1985 he was appointed Consultant Immunologist at St Helier Hospital/Senior Lecturer at St George’s Hospital Medical School, and was an MRC Fellow in the AIDS Directed Programme in 1987. From 1996 to 2000 he was at  Imperial College School of Medicine as Senior Lecturer in Immunology, based at Chelsea & Westminster Hospital as honorary Consultant Immunologist and deputy director of service.

He now works as a part-time consultant at several NHS hospitals and The Doctors Laboratory/Health Services Laboratory, specialising in immunodeficiency and allergy.