Our activities are managed by a leadership team made up of senior managers from across the organisation. 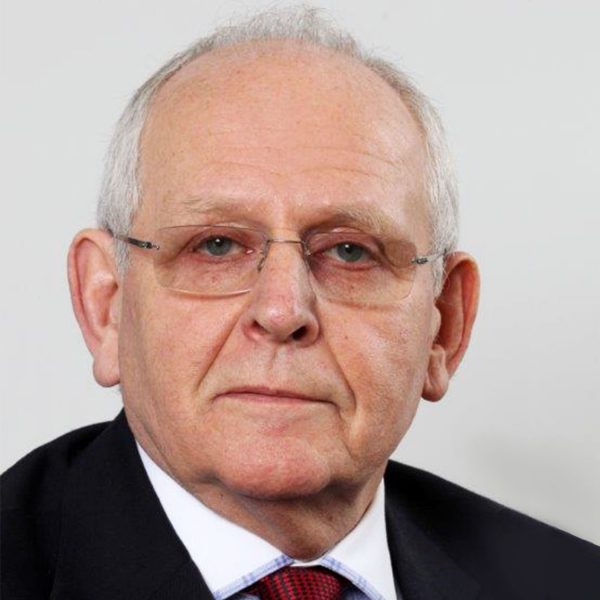 Dr Ray Prudo is the co-founder of The Doctors’ Laboratory, past CEO and its Chairman since 2002. Since 2015 he has also been a Director of Health Services Laboratories.

He is also Chairman of a number of other companies in biotechnology, electronic clinical support management systems and health informatics. 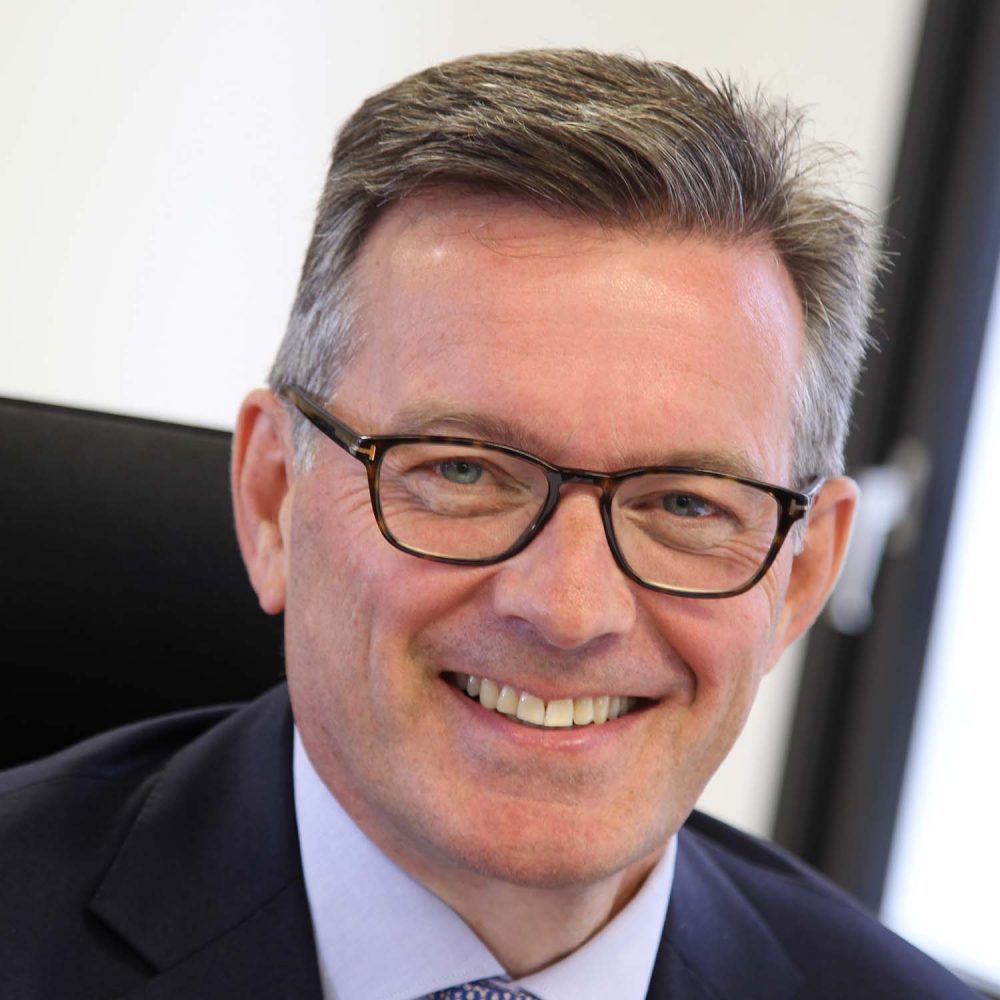 David qualified as an accountant in 1987 and, following many years in a corporate finance advisory role, he joined the boards of a number of healthcare and engineering companies.

He joined the board of The Doctors Laboratory 20 years ago as finance director, and has been the Chief Executive for over 14 years. In 2015, he was appointed as Chief Executive of Health Services Laboratories.

David has formed and developed a number of businesses in the healthcare sector over the last 20 years. He is a non-executive director of companies operating in a wide range of medical-related businesses working in sectors such as clinical software, personalised medicine and biotechnology. 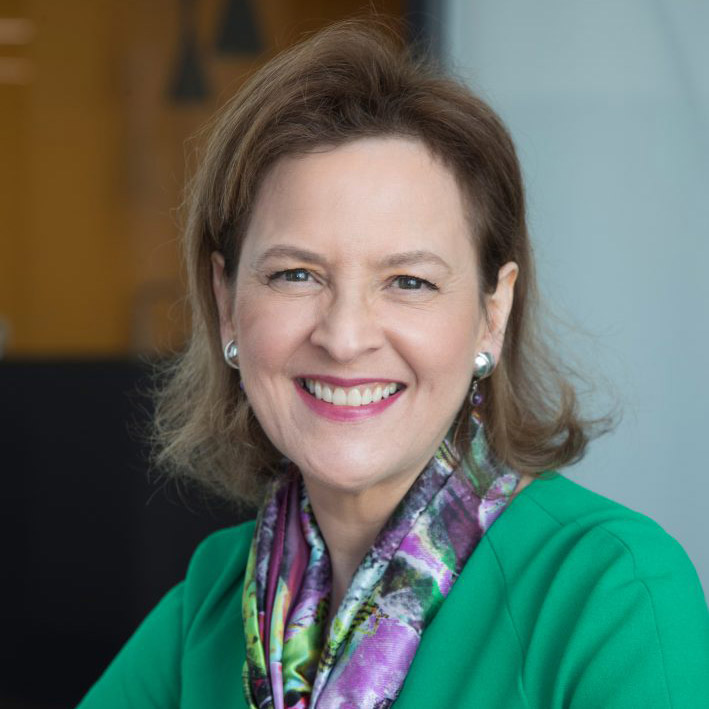 Dr Rachael Liebmann is a past vice president of the Royal College of Pathologists and a consultant breast histopathologist at Queen Victoria Hospital in Sussex, with 20 years’ experience as an NHS consultant. She has held a number of senior roles in the recent past, including membership of the South East Coast Clinical Senate Council, the Advisory Board of the Faculty of Medical Leadership and Management, and the Council of the Medical Women’s Federation.

As well as chairing the London, Kent, Surrey and Sussex Speciality Training Committee, Rachael chaired the multidisciplinary Kent and Medway Cancer Network Breast Group for several years, before being appointed Clinical Director of the Kent and Medway Pathology Network - with leadership of all pathology services for a population of 1.7 million. In 2011, she helped to establish RCPath Consulting, a provider of independent authoritative advice on pathology service and commissioning issues nationally.

In 2015, Rachael was shortlisted for Clinical Leader of the Year by HSJ. She was voted one of the world’s 100 most influential pathologists in The Pathologist’s 2015 and 2018 Power Lists. In 2017, Rachael was awarded the Royal College of Pathologists’ Medal for distinguished service, the highest accolade the College can bestow on one of its Fellows. In the Birthday Honours of 2020 Dr Liebmann was awarded an OBE for her contribution to Pathology. 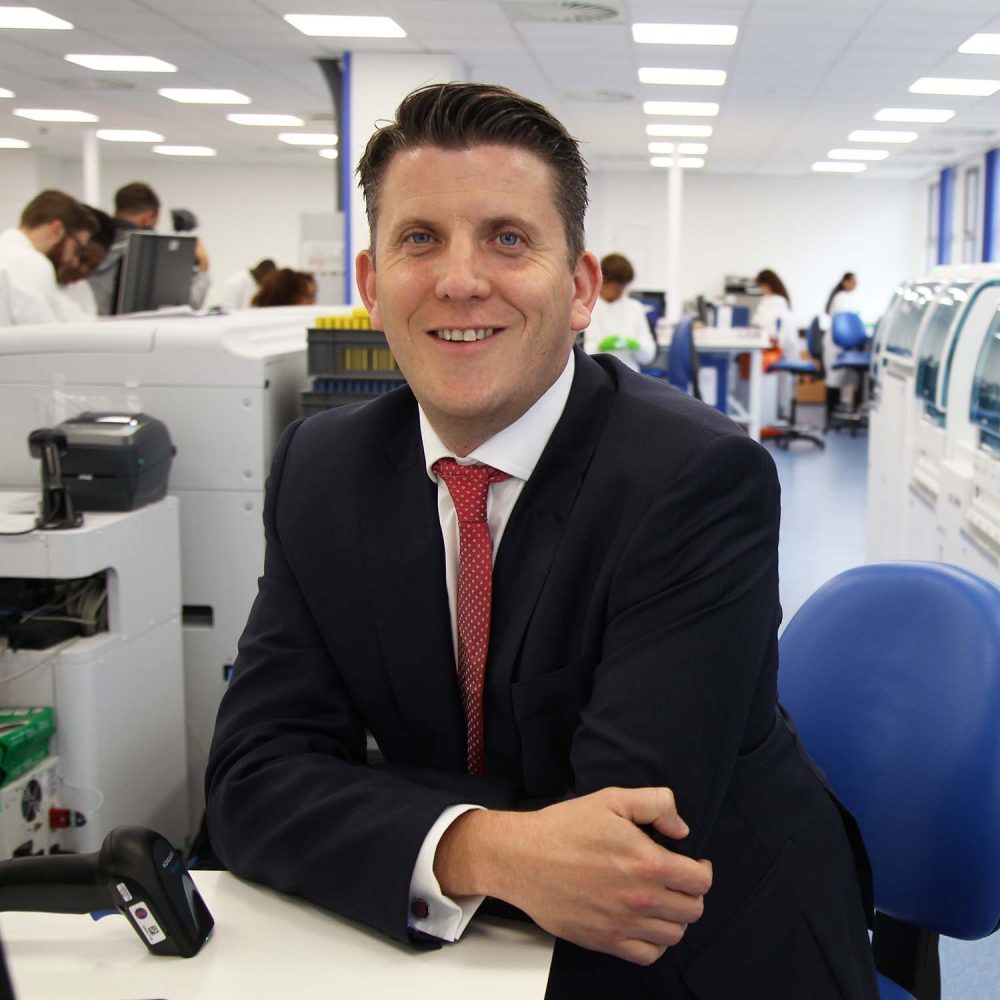 Tim trained as a Biomedical Scientist at King George Hospital before completing his masters in Haematology and Transfusion Medicine and moving to UCLH as a Senior Biomedical Scientist. He remained at UCLH, obtaining a scholarship for a Masters of Business Administration in 2005, and subsequently became the General Manager for the Haematology Department. He moved from UCLH to TDL in 2010 as the UK Operations Manager, and was appointed the Group Laboratory Director in 2012.

Tim has since overseen the build and design of over 20 laboratories throughout the UK and has experience in integrating complex pathology services.

He is a Fellow of the Institute of Biomedical Scientists, retains his HCPC registration and is also a Chartered Scientist. 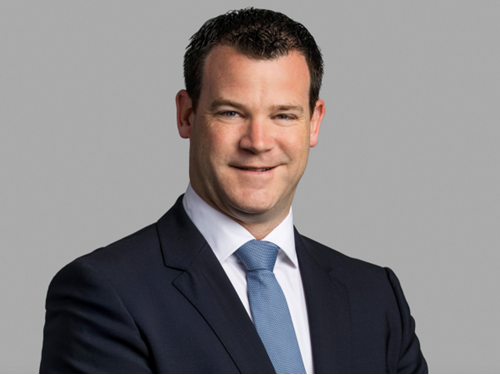 Brian became Sonic Healthcare UK’s group commercial director in March 2021. He is a passionate leader and brings with him over 20 years of experience in general management, strategic planning and commercial operations. 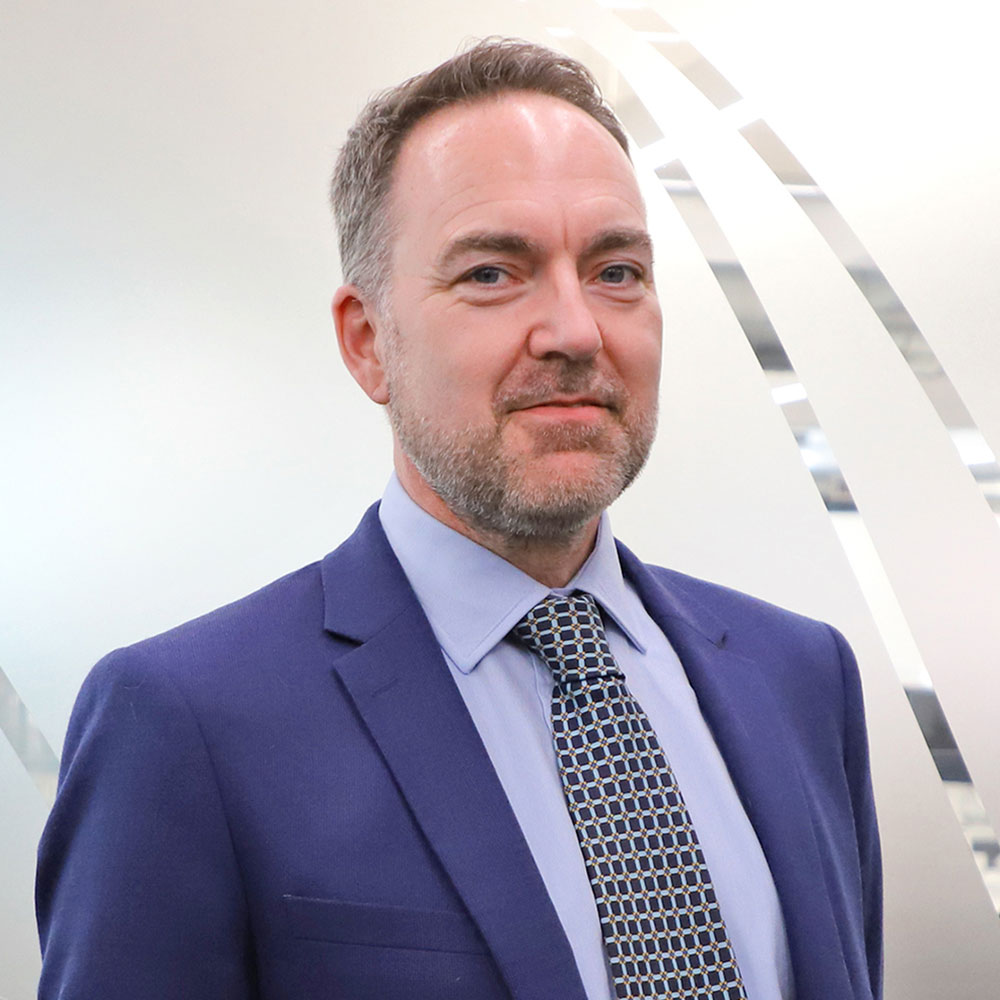 Nick is a Chartered Accountant who qualified with Deloitte in London. His career has been focused on change and transformation in Finance, with an emphasis on digitisation and team development. Nick’s career has covered many sectors and geographies, from media, publishing, property and veterinary care in the UK and Europe, to IT, healthcare and construction in the Asia Pacific region.

This enables him to bring a focus to driving best practices and coaching the team in their professional development goals, as well as ensuring that Finance processes have the lowest resource imposition possible on the business and the end customer.

Nick firmly believes in the Finance function providing solid commercial analysis to the business to support informed decision-making at all levels, and works with his team to develop their skills in this area.

Director of Genetics and Molecular Pathology 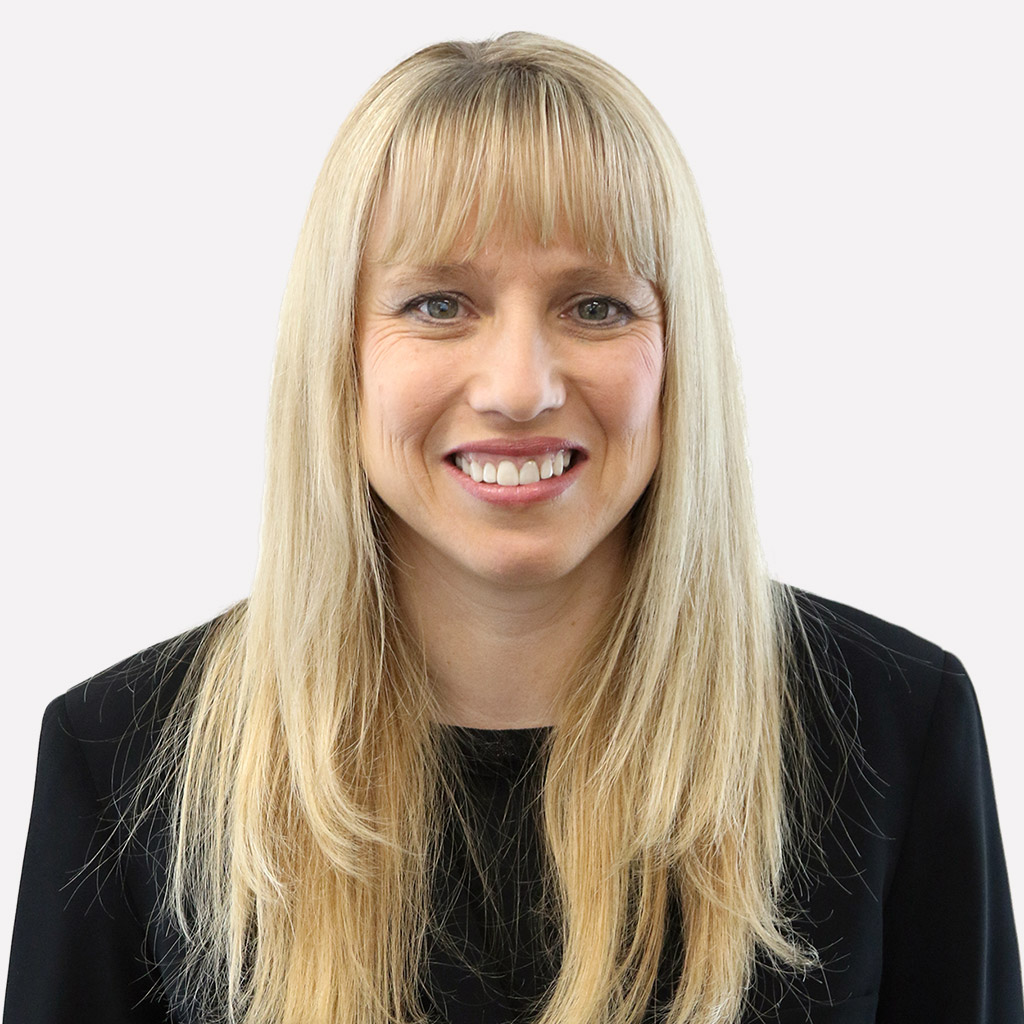 Lisa studied Genetics and gained her PhD at Newcastle University, UK. She has worked for The Doctors Laboratory since 1996, and set up its molecular genetics division. She has a special interest in prenatal diagnosis, introducing trisomy testing by PCR into clinical practice in the late 1990s and non-invasive prenatal screening in 2012. With added experience in molecular virology, molecular microbiology and haematology, she continues to keep molecular genetics and pathology testing at the forefront of its field by developing new diagnostic tests and using the latest technologies.

In the 2022 Birthday Honours List, Lisa was awarded a British Empire Medal for her services to Healthcare Sciences, in particular during the COVID-19 pandemic. 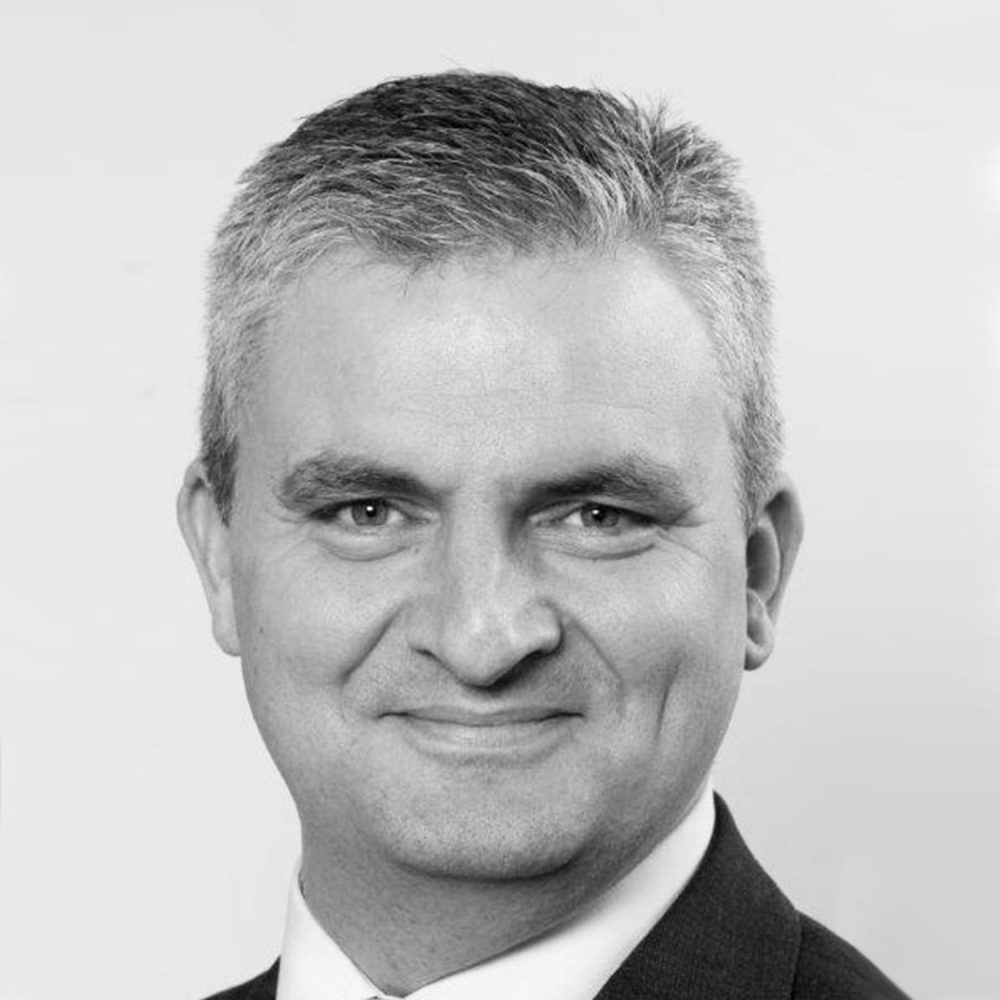 John has worked in Pathology IT for over 20 years, and spent the first part of his career as a Microbiology BMS.  He has experience of day-to-day running of large, complex laboratory IT solutions along with major laboratory transformation and re-design projects, covering both IT and laboratory operations.  John manages a dedicated pathology IT support team at The Doctors Laboratory who look after the IT needs of the group laboratories on a 24/7 basis.

Director of Business Development and Service 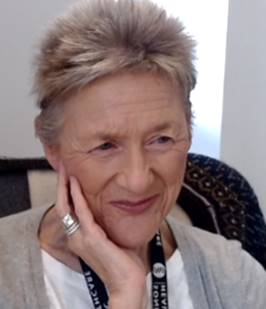 Annette studied and graduated in London, working in healthcare until joining The Doctors Laboratory (TDL) in 1989. With the development of TDL, so too did Annette’s responsibilities and in 1999 she became Director of Group Sales, including TDL Genetics and TDL Trials, later to become Executive Director in 2002 when TDL joined Sonic Healthcare Ltd, Australia.

Annette has been instrumental in introducing new services, several of which have been first to market, providing TDL with a reputation for successfully bringing disruptive technology and innovative diagnostic services to clinical practice. Delivery of high level, individualised, and personal service are her priority.